After being cooped up all winter, we were really itching to get out there. Even though it was still early in the season, we decided on an impromptu backpacking trip planned for the end of the week.

We've heard so many great things about Mineral King, but most roads were still closed in Sequoia & Kings Canyon (SEKI), and we figured we would play it safe and choose a trail of lower elevation. We settled for part of the famous Rae Lakes Loop and picked the fairly popular trail to Paradise Valley out of Road's End.

The Woods Creek Trail leading up from Roads End requires permits for overnight backpacking during the quota season, which typically runs from end of May to mid September. Since we were going in early season outside of the quota season, we just had to do a self issue at the trailhead.

More information about Sequoia and Kings Canyon permits can be found on the National Park website. If you’re ready to book a permit, they can be reserved online in advance via Recreation.gov.

Click here for all of the important California backpacking permit deadlines

After buying a Backpackers Cache bear canister (slowly accumulating that backpacking gear!), we started out on our six drive to SEKI. Since it was National Park week, we had free entry! Arriving well into the night, we set up camp at Azalea in the Grant Grove area and passed out.

When we woke up early the next morning, we had a curvy, but beautiful drive with plenty of scenic pit-stops such as Boyden Cavern, Grizzly Falls, and Junction View on our way to Road's End. We didn't camp closer to the trailhead because the Cedar Grove area was still closed for overnight camping.

Once we got to the TH at 5,036', we completed our self permit and suited up in the parking lot, which was quite full for it being the first day. We headed up the Woods Creek trail towards Mist Falls.

Despite thinking it would be very cold at this elevation in April, it was sunny and hot. The first two miles were flat, sandy, and quite exposed to the sun. Since it was the first day the road opened, we probably only saw about a dozen other cars at the trail head, with most doing just a day trip to Mist Falls. We passed the sphinx and stopped for a picture.

At mile 2.3 we reached the junction of Bubbs Creek and Woods Creek trail. We followed Woods Creek several miles till we reached Mist Falls at mile 4.5. We tried to get a decent picture of the thundering falls, but the wind was blowing the mist into our faces and cameras that we couldn't get a shot.

We decided to take a break and have lunch at the top of the falls, away from the mist. The trail began climbing steeply, and with the hot sun and little shade we had to take frequent breaks. As we neared the top, we were rewarded with beautiful views of the valley and the surrounding mountains.

At mile 7.4, we reached Lower Paradise Valley. Even though it was early, we set up camp to relax and enjoy the scenery of the valley.  With only 2 other camp spots taken, we chose #9 where the sun could still reach us while we were relatively near the pit toilet and right near the bear locker.

After setting up camp at one of the designated spots and getting bit by a few mosquitoes, we donned our mosquito proof gear and headed to go pump some water by the river. After walking alongside the river about half a mile we found a tiny sandy beach to sit and watch the sunset. The water was so cold and deliciously refreshing! While we were making dinner, a small bear walked right past our campsite along the river. We were so excited because it was our first bear encounter!

The next day we donned our day packs and hiked to Upper Paradise Valley. At 9.5 miles from the TH, we passed a large meadow that had an amazing view of the mountains.

We stopped to have a snack on a large boulder, and we counted at least 8 waterfalls trickling down the sides of the surrounding mountains in the distance. We took some detours along the thundering river and even did a little bit of rock scrambling when we got lost.

Finally reaching the Upper Valley campground, we walked over the bridge and picked a flat, sunny spot on the edge of the river. The campground up here seemed to have much softer ground and the trees were different than at Lower Paradise Valley. The benefit of taking a trip on opening weekend is that there was nobody around. It seemed to be a popular hike, but saw only 2 other people at lower Paradise Valley and nobody at middle and upper. Once reaching the bridge, we decided to go swimming, but we were only able to stay in the icy cold river for a couple minutes. Kyle decided to pull out his tripod to take some photographs and I explored the surrounding area while I dried off.

We hiked back to our campspot and saw some beautiful trout in the river. We both got quite a few mosquito bites while preparing our delicious meal of mashed potatoes with chicken noodles on top. We kept our eyes peeled, hoping to see another bear tonight. After some help from our friend Jim Bean, we were able to get some sleep despite the cold. The next morning we packed up and headed back to our car. On our way home we spotted lots of small trout in the river.

Overall, Paradise Valley is a relatively easy hike and quite close to SoCal, but the potential crowds in the peak season might be a deterrent for many. Hopefully one day I can return to do the full Rae Lakes Loop!

Favorite gear for this trip 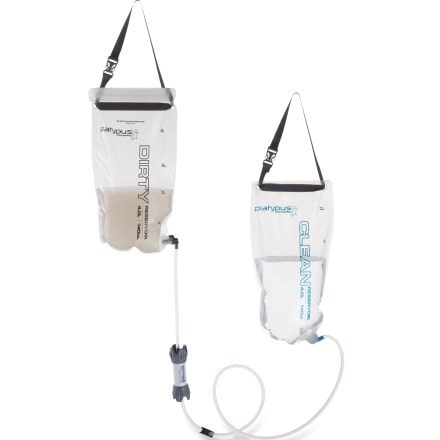 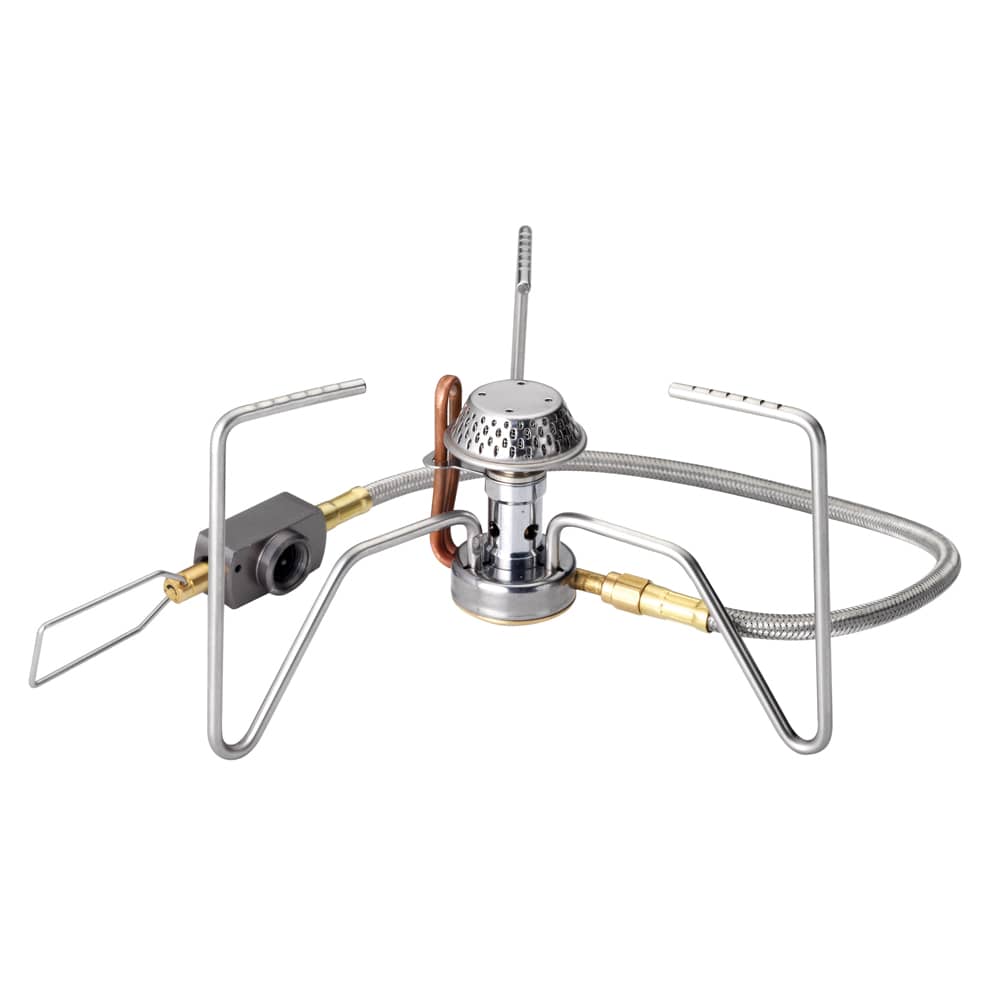 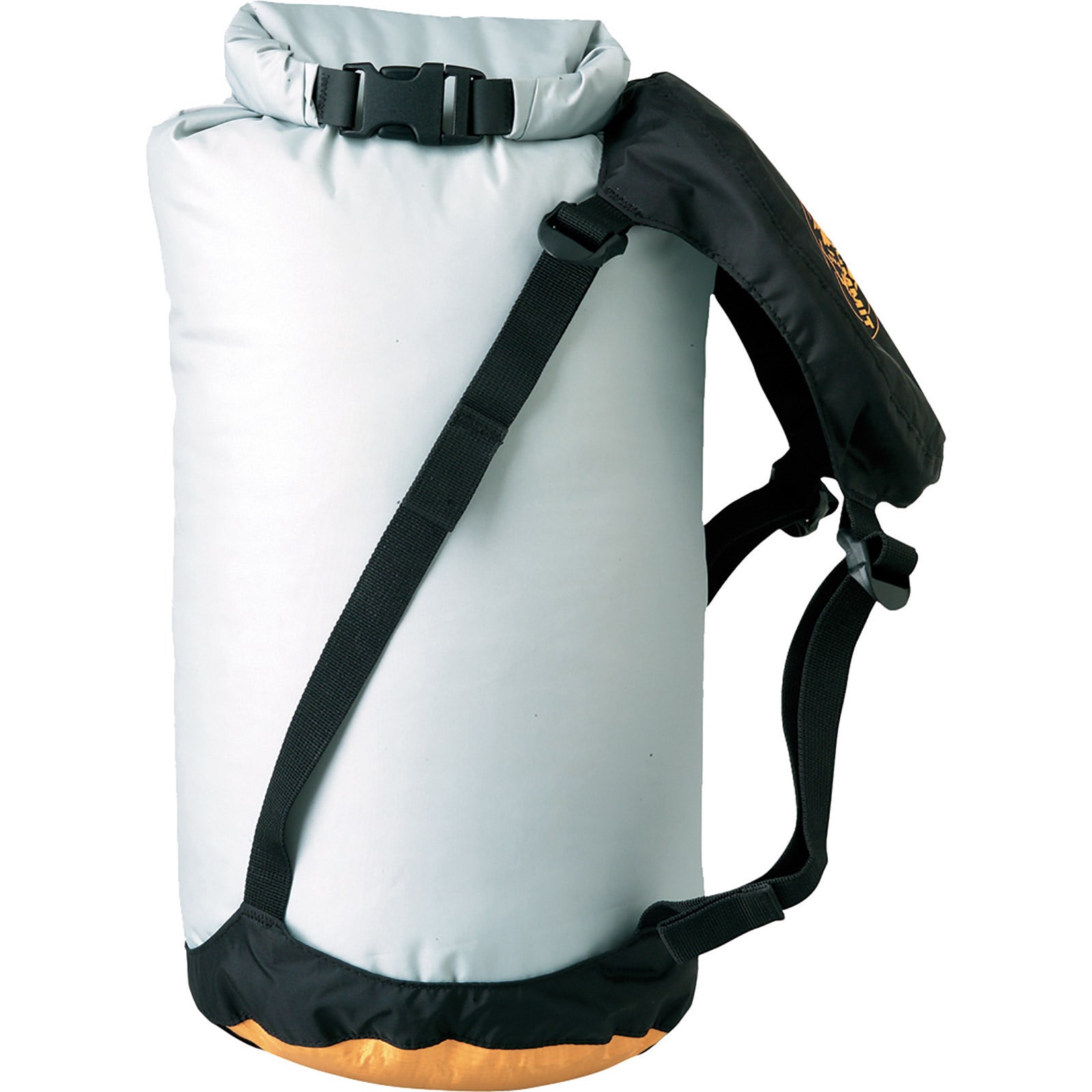 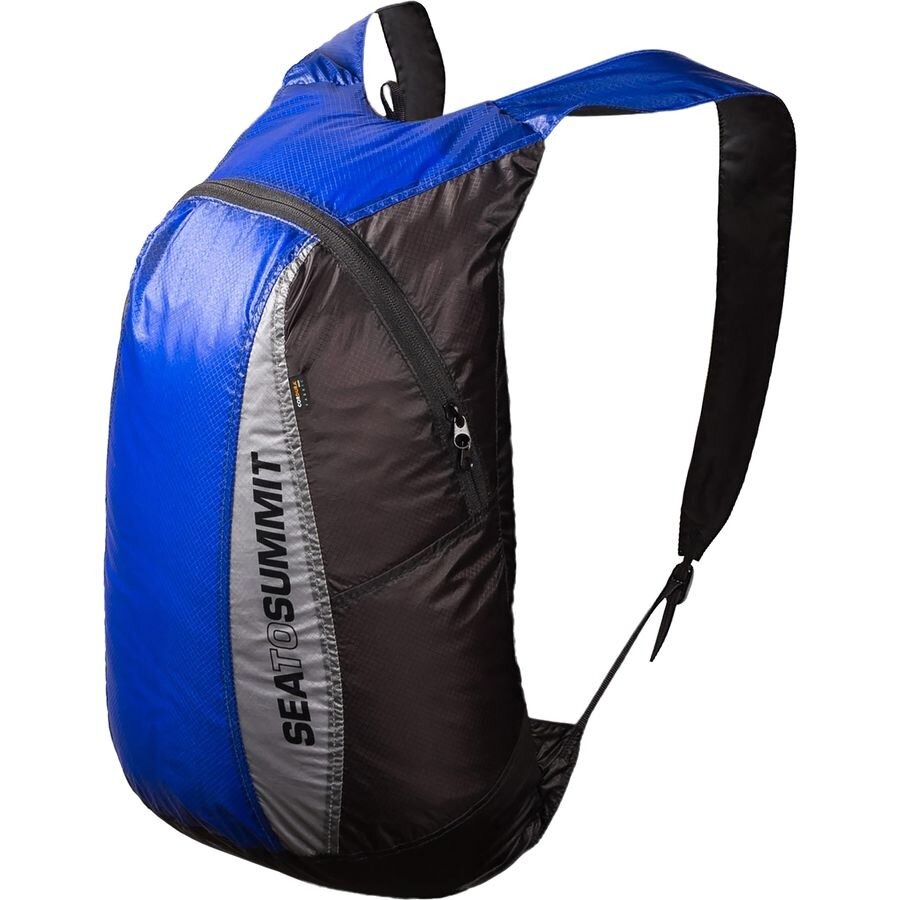 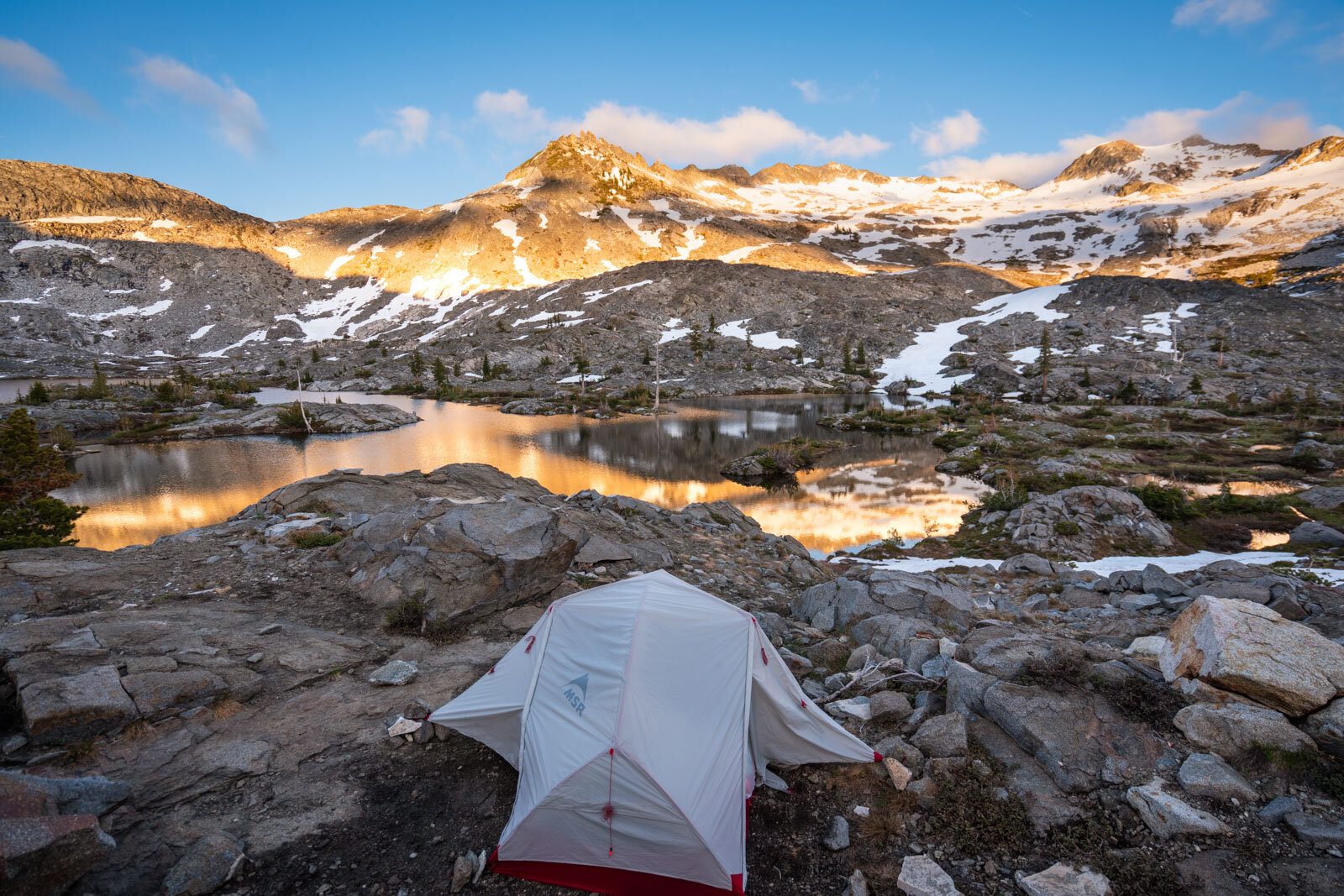 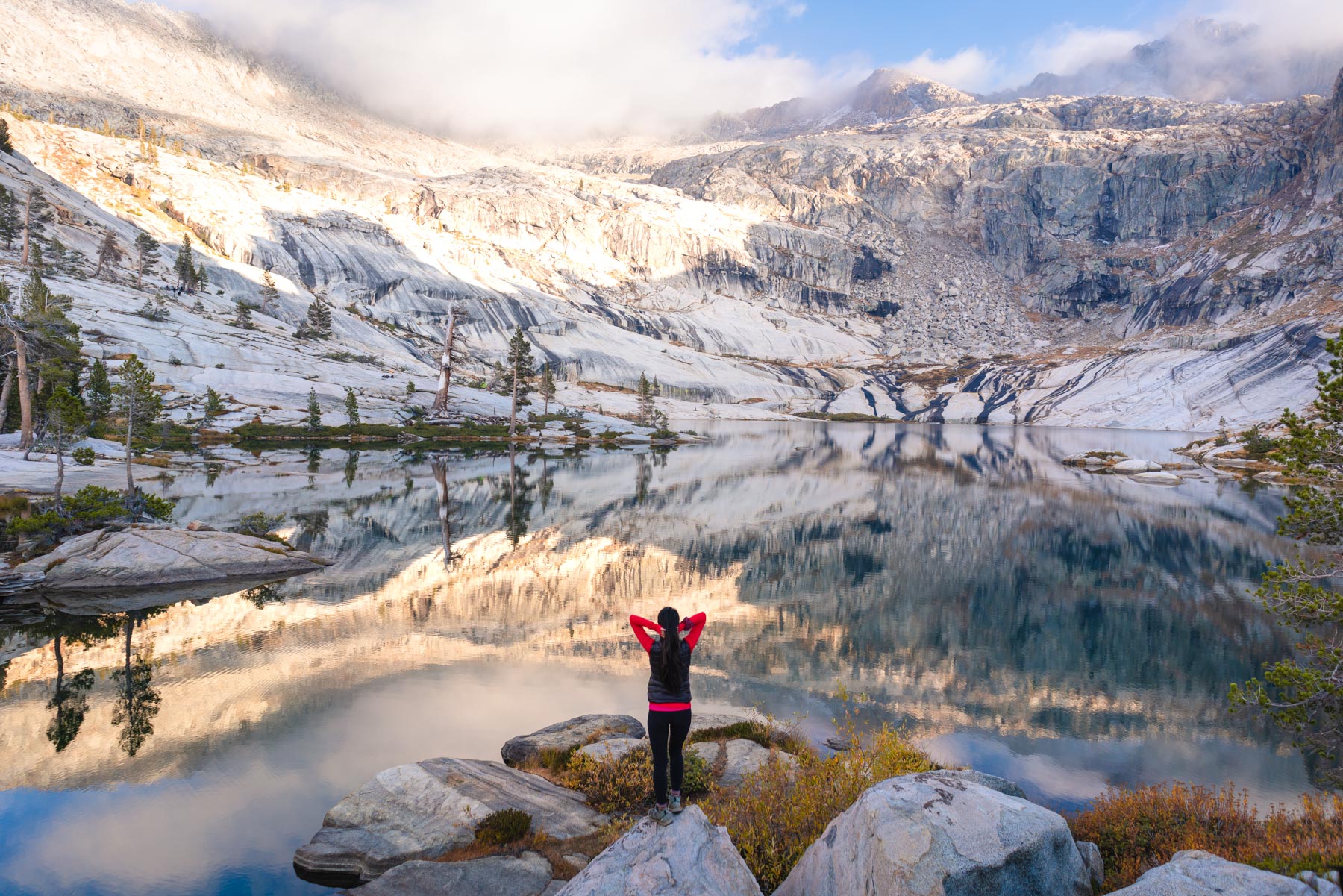 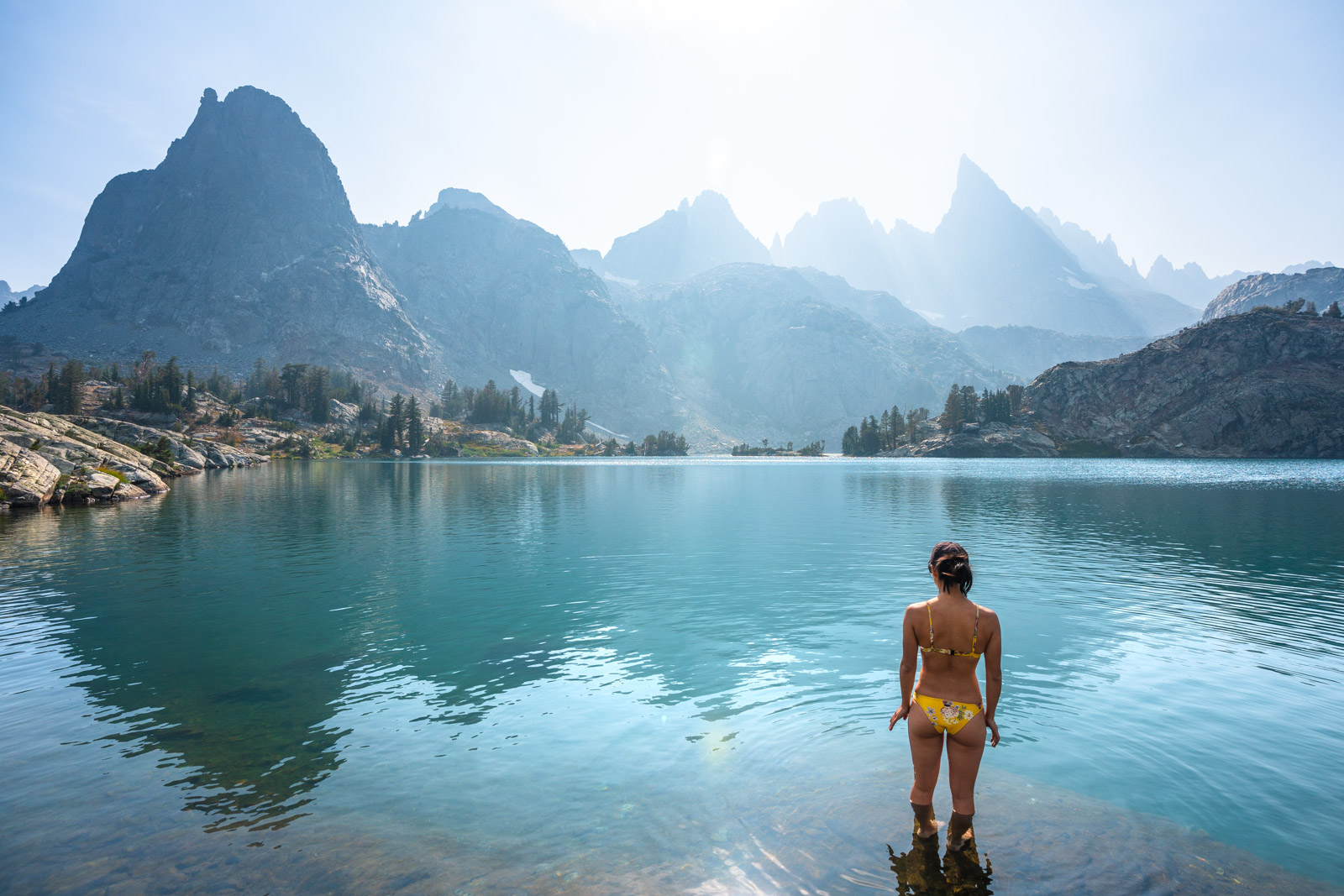 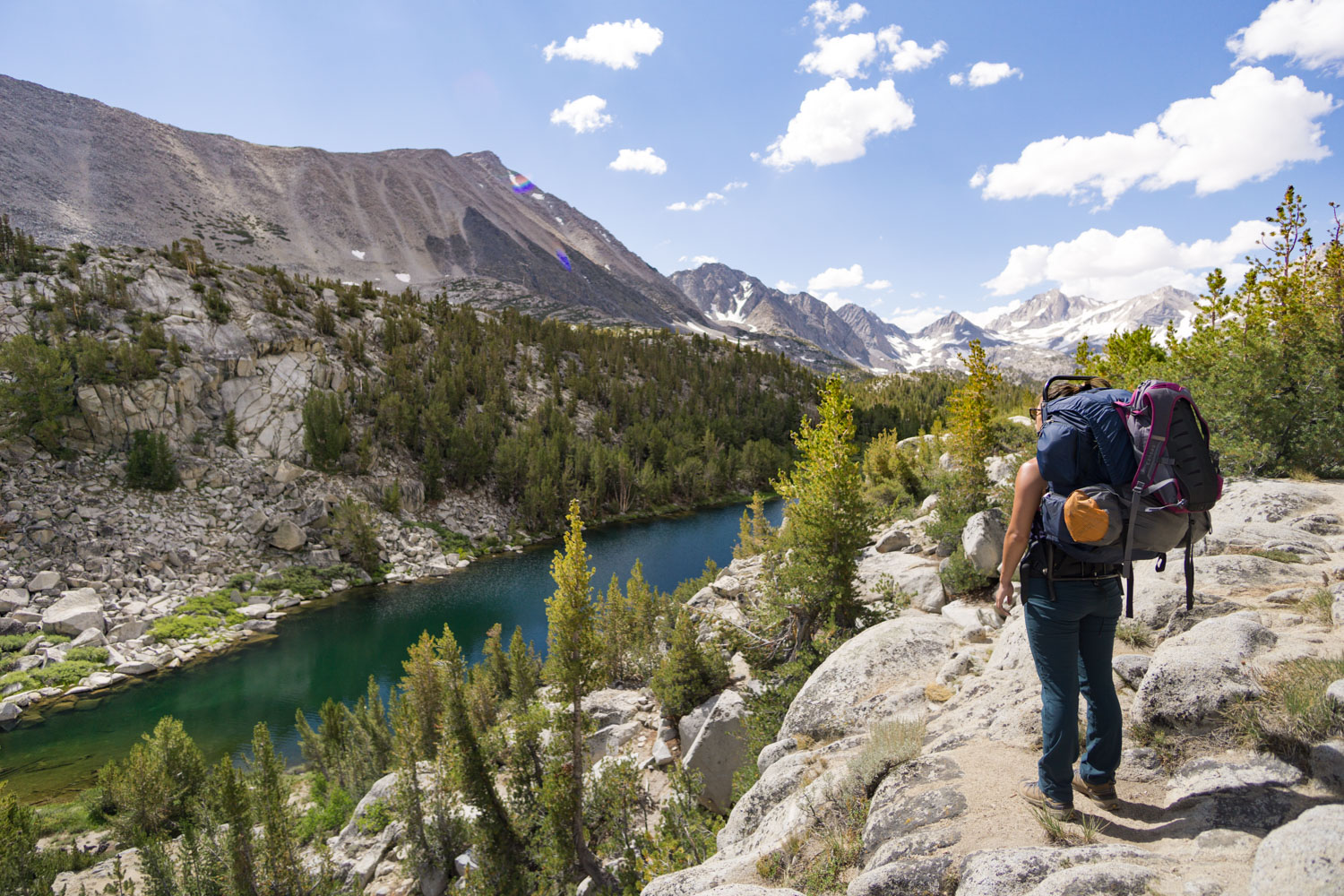 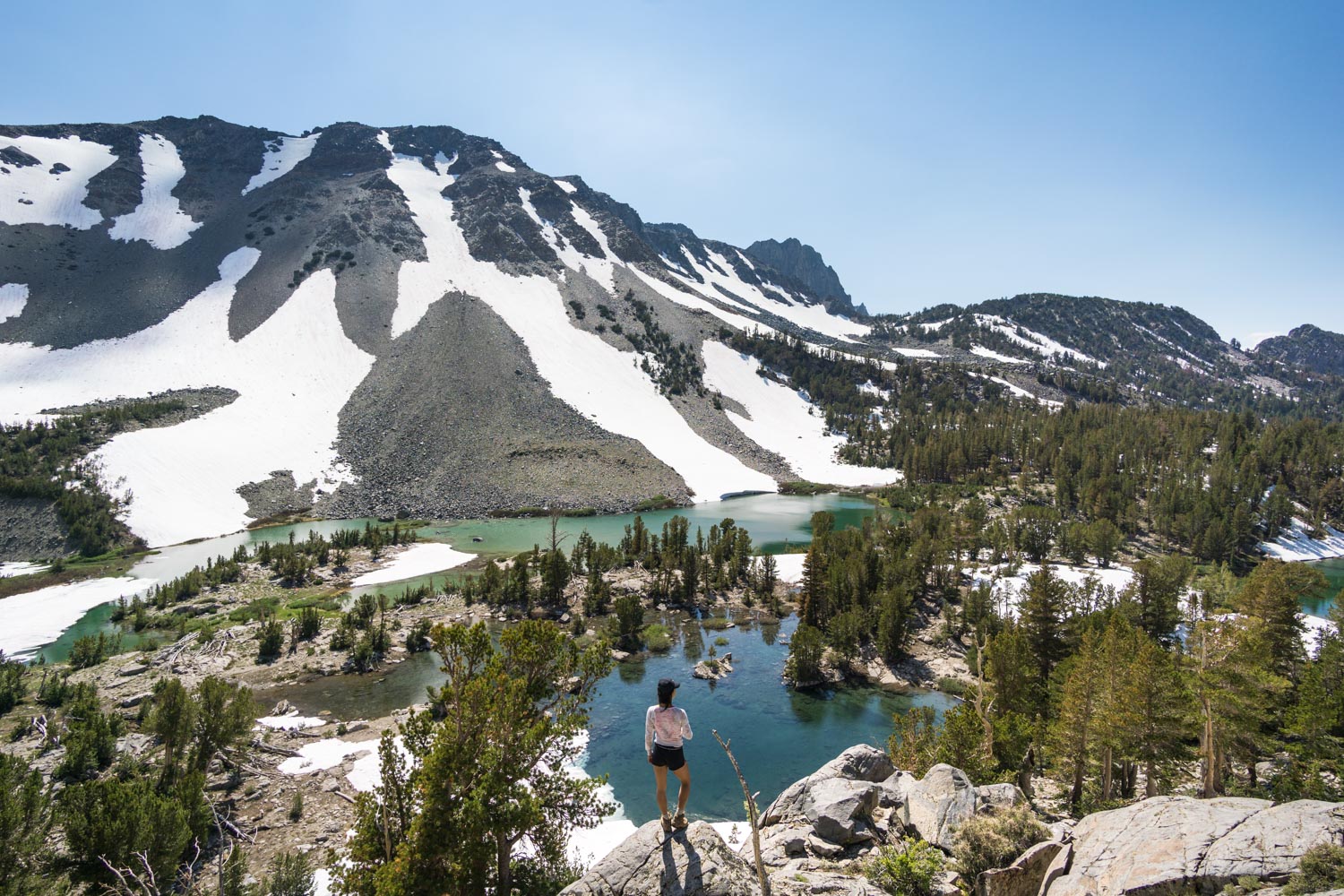 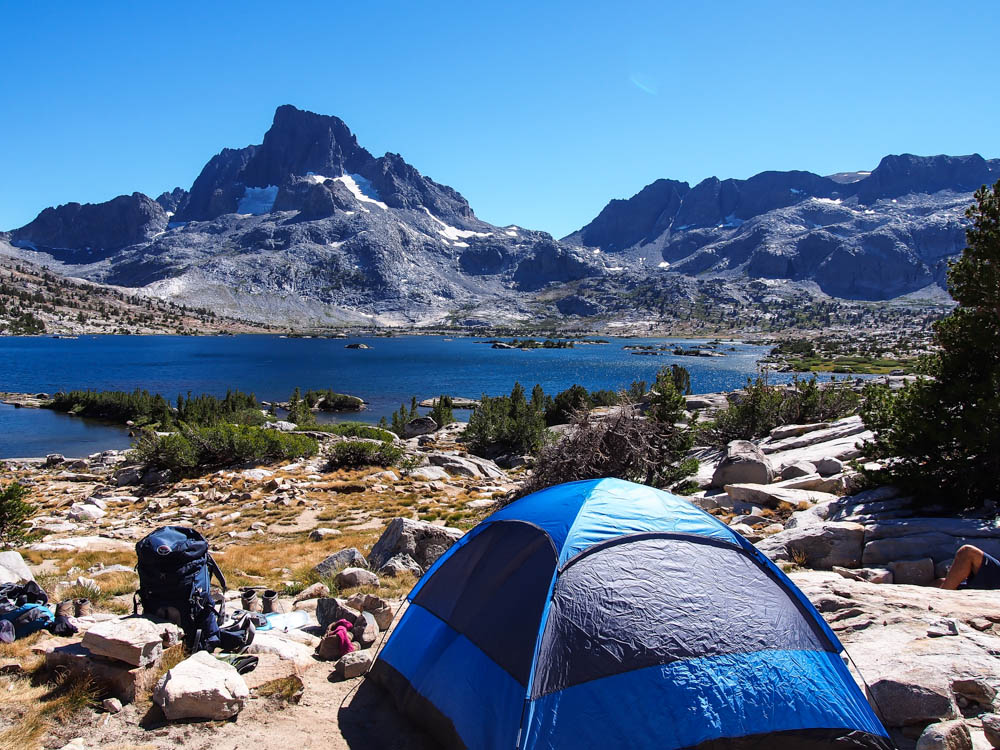 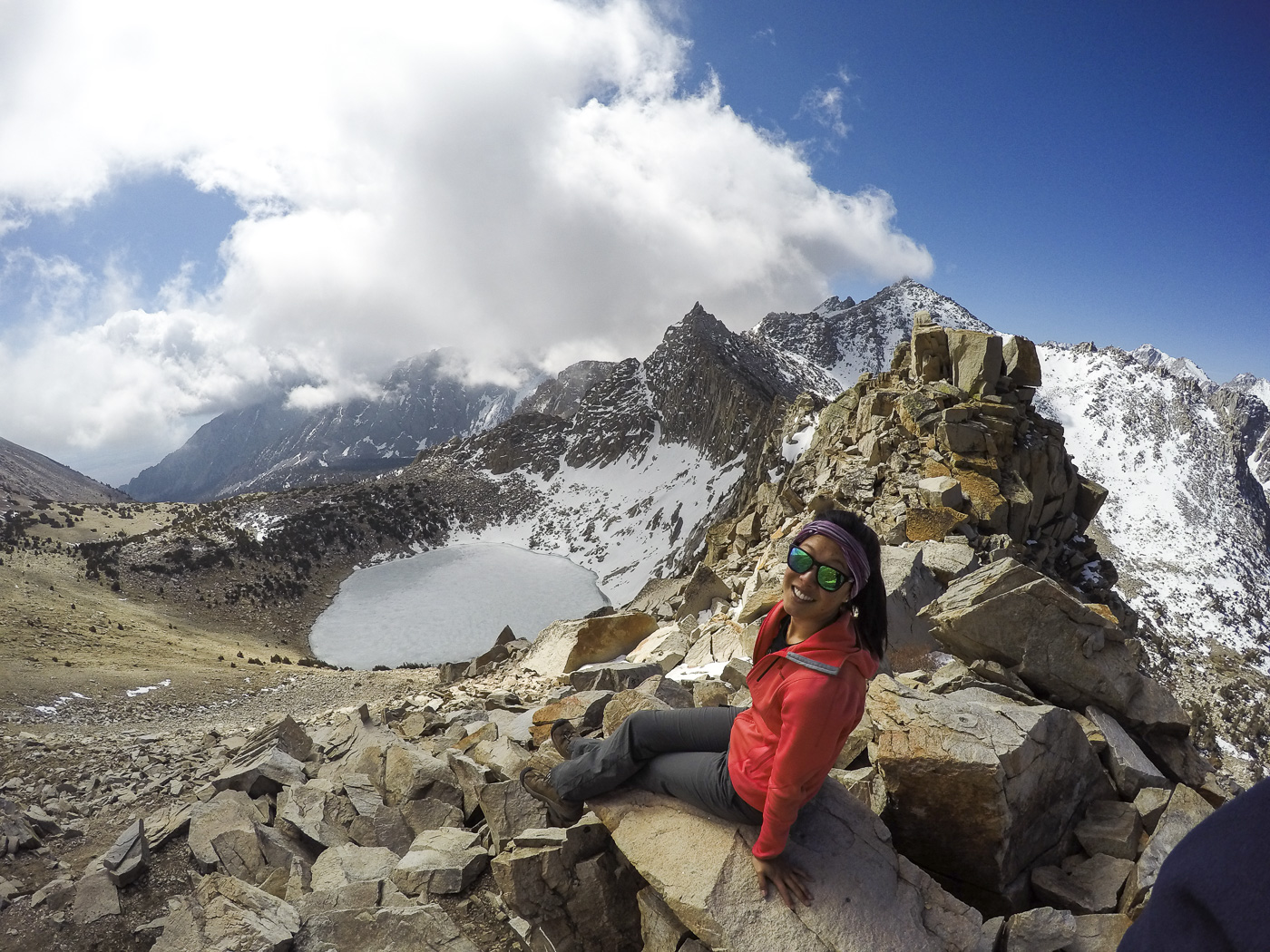 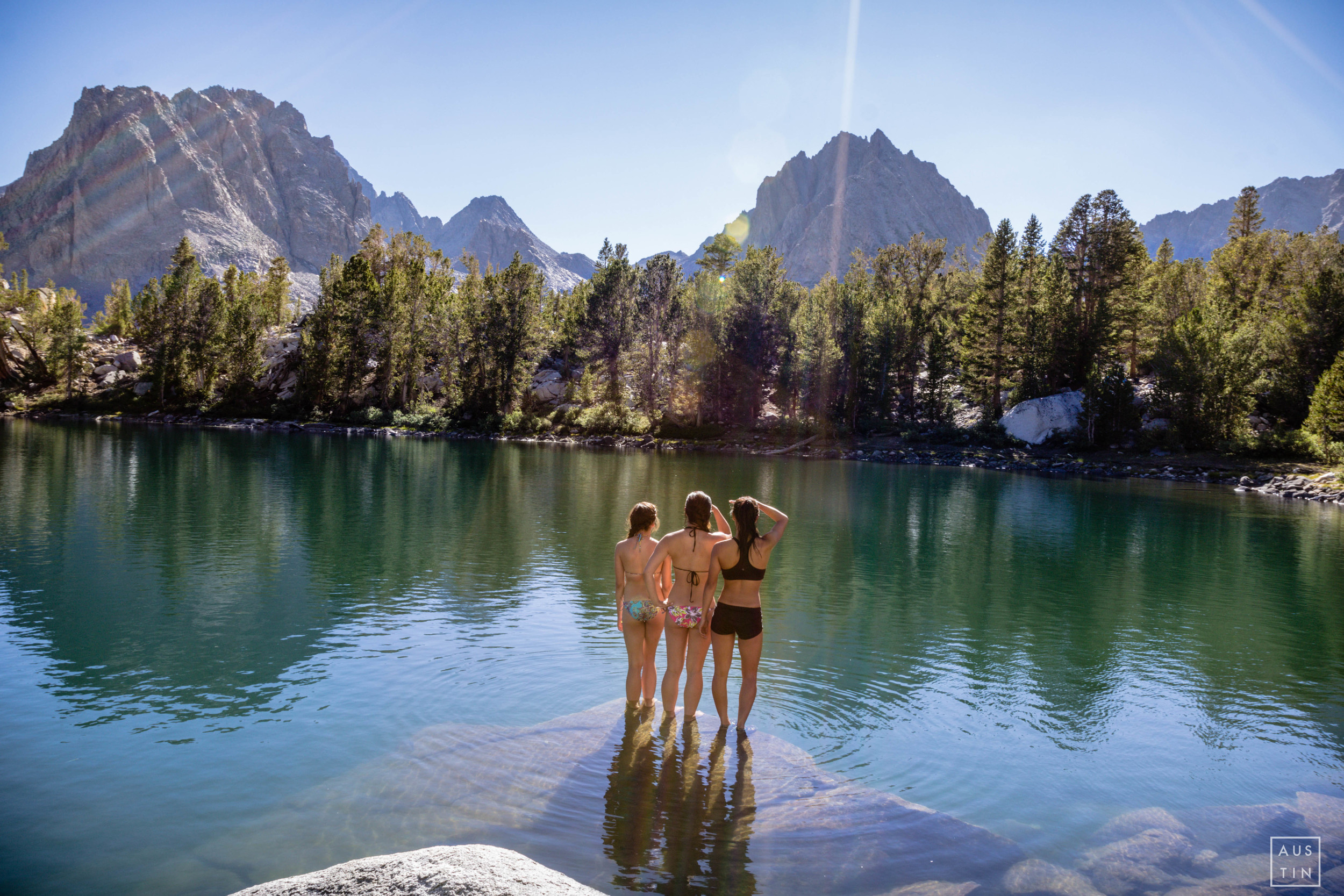 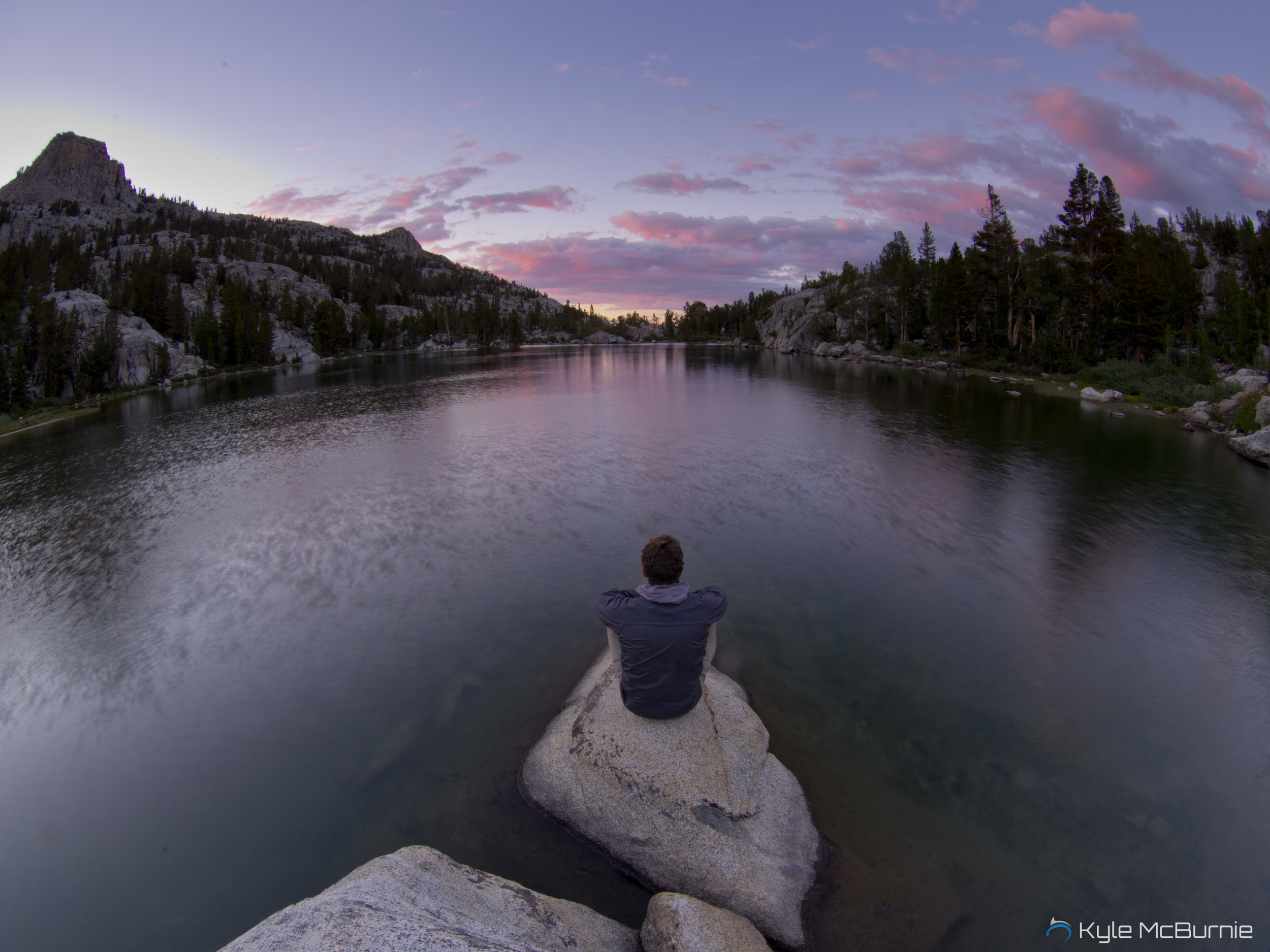 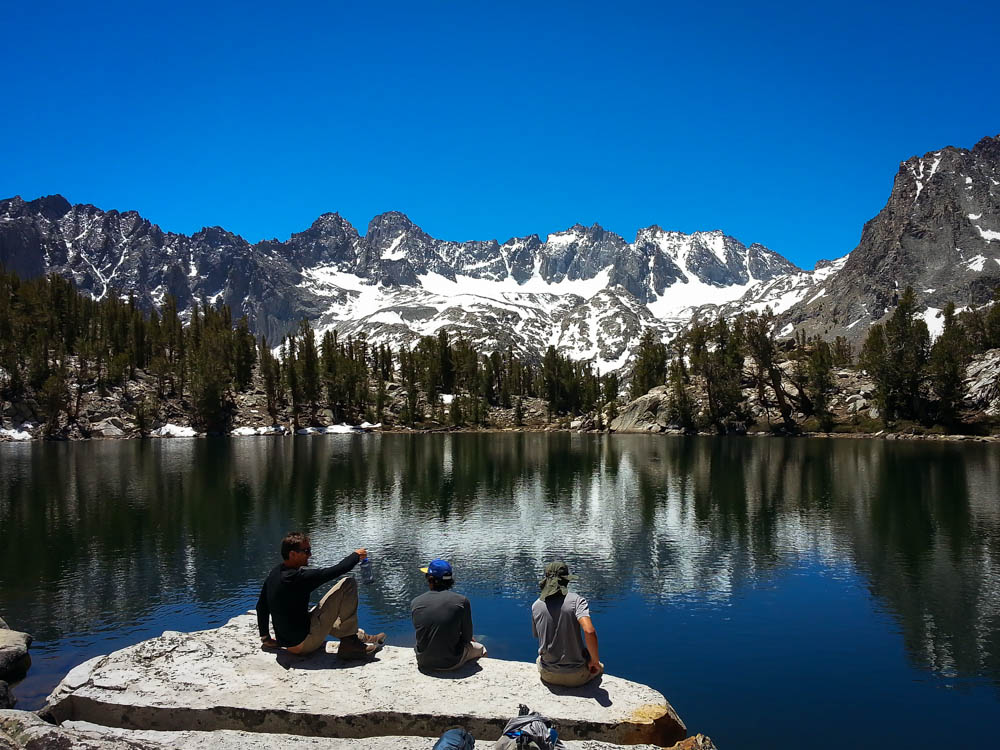 I'm Alice, a weekend hiker and outdoor adventurer based out of the Bay Area in California. Here you'll find blog posts about some of my favorite backpacking and travel adventures. Contact me here and say hi :)

Search for your next adventure 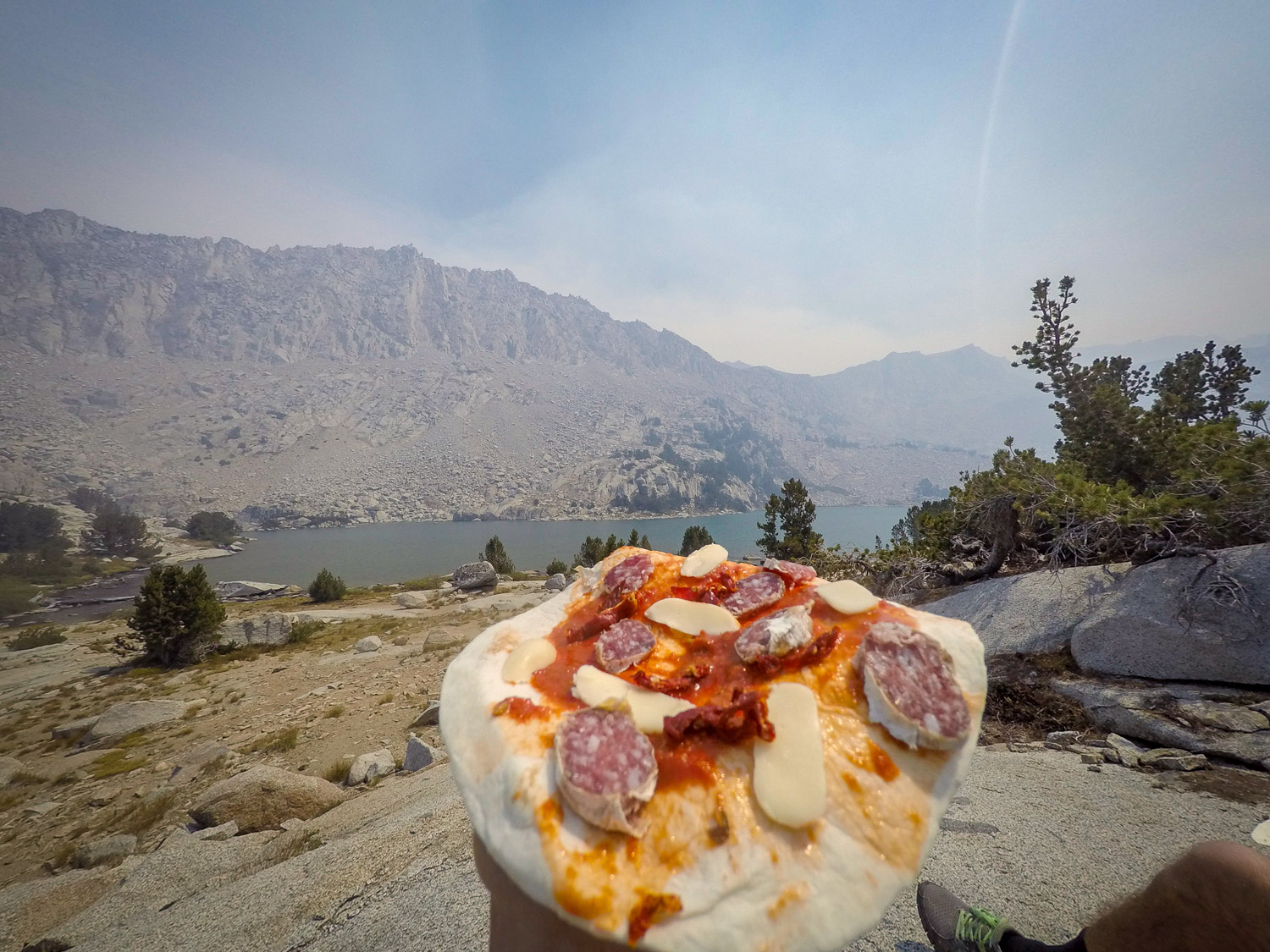 What to eat while backpacking? Here are some of my favorite snacks, breakfasts, lunch, and dinner meal ideas for your next backcountry trip 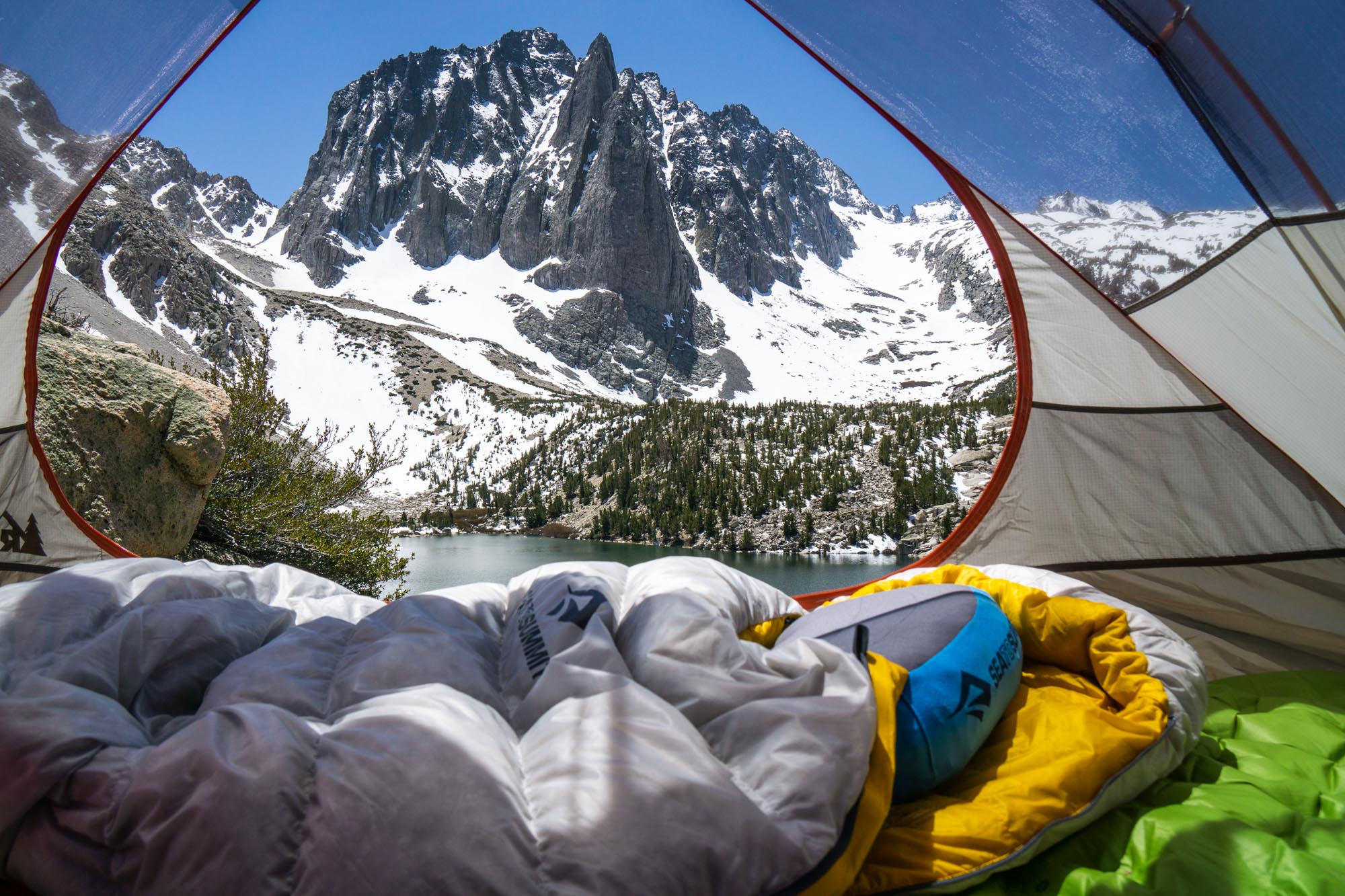 How I Save Money on Camping and Hiking Gear

Outdoor gear is not cheap, so here are a couple of tips I’ve found that have helped me save a little on gear 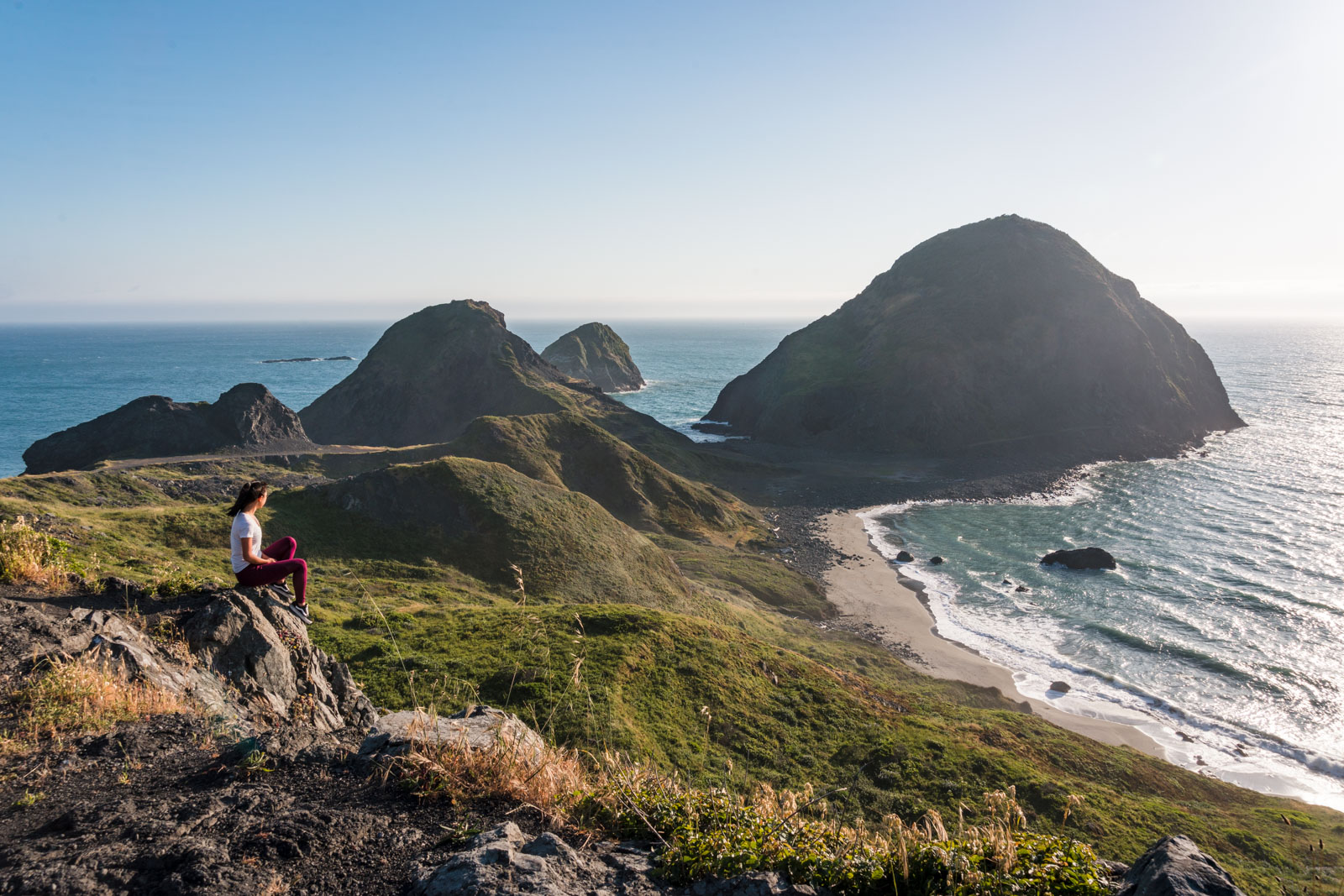 The Ultimate One Week Norcal/Oregon Roadtrip for any Outdoor Adventurer

This one week road trip heads through several prime landmarks in Norcal and Oregon. This itinerary is packed with incredible hikes, waterfalls, rugged coastline, redwoods, caves, and lakes you won’t want to miss. 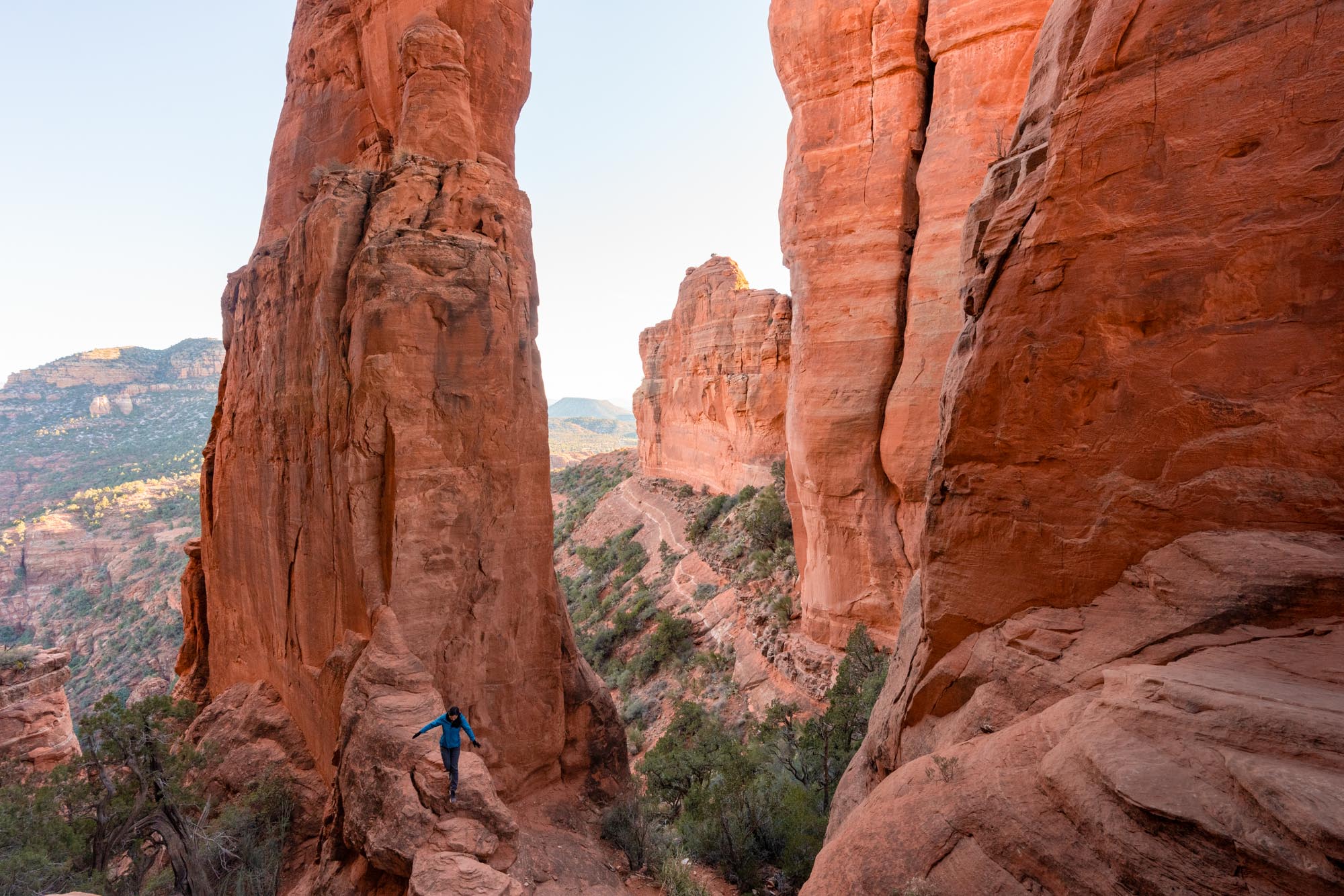 Here are some of my favorite day hikes among the red rocks of Sedona, Arizona that are short enough to squeeze in on any trip to the area! 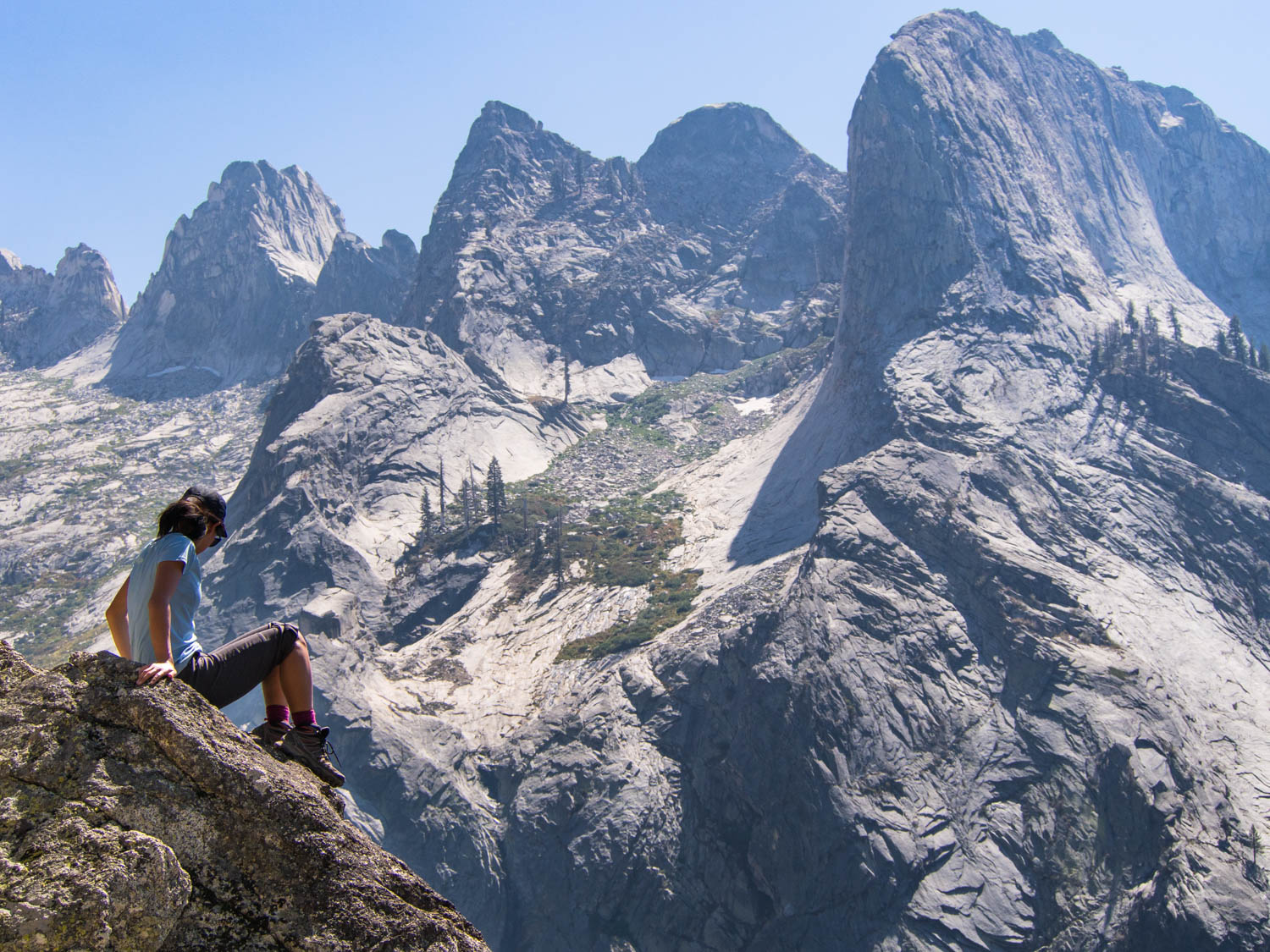 I finally hiked the High Sierra Trail, a trip I've been dying to do for years! Those 6 days in remote backcountry absolutely blew me away.

Less than 10 miles roundtrip, the Duck Lake is the perfect overnight backpacking trip to experience classic Sierra lakes and mountains.